This sentence is found countless times in the Bible, always, in the Old Testament; when God begins to act, when he includes an individual in his action; always, in the New Testament, when Jesus begins to speak and to act, when his "Kingdom comes". Throughout the centuries of Christian history, people were directly impacted by this action and were confident that God was working through them for his Kingdom. There are many names we could mention, be they Johann Christoph Blumhardt or Bernhard Jansa from the Julius Schmiewind House in our time.
And so, it happened on 21 April 2018 to Priest Alexej Judin from St. Petersburg and myself. Earlier, he had "heard" a word from God in his heart and understood that he was to begin a work for deafblind people with his Orthodox parish. He had never met deafblind people before, but the call was clear to him. The number of deafblind people in Russia is estimated at 12,000 – 15,000.
God orchestrated our encounter in April. Just like Priest Judin, I also heard and recognized this call.
"... And it came to pass ...", an event, an action from heaven that we were open to and could affirm and now await the things to come.
Further encounters with Priest Judin and myself have followed since 2018. The Foundation Board members are pondering how we can help the work for deafblind people in St. Petersburg in the near future. The international work will increase. 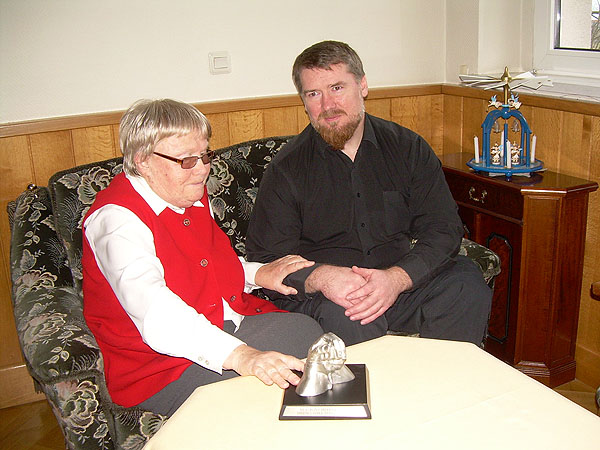 Encounter with Priest Alexej Judin from St. Petersburg in Radeberg.
He heard the call to build up a work for deafblind people with the members of his parish.

The call that Priest Judin and his parish have received is extremely important. And that God led us to our encounter here in Radeberg is extremely unusual.
The parish has received a large and nice plot of land that must still undergo a number of official procedures that are very different in Russia compared to Germany.
A small chapel is under construction. Everything is built with internal labour and personal contributions. The exact details of what will be created here are as yet undecided.

This article is already 2003 Once seen. 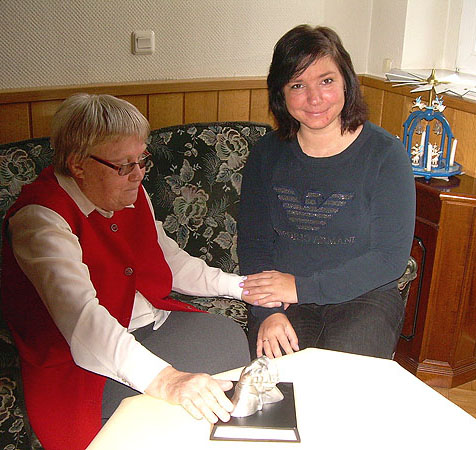 Oksana Schischowa with Ruth Zacharias.
Among other duties, Oksana organizes the visiting service for deafblind people in the Othodox parish of Priest Judin. 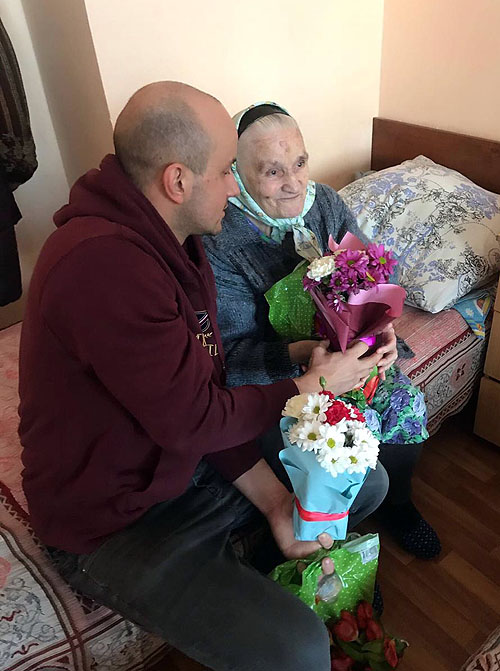 In a boarding home, a voluntary helper congratulates an older woman with visual and hearing impairments on her birthday. 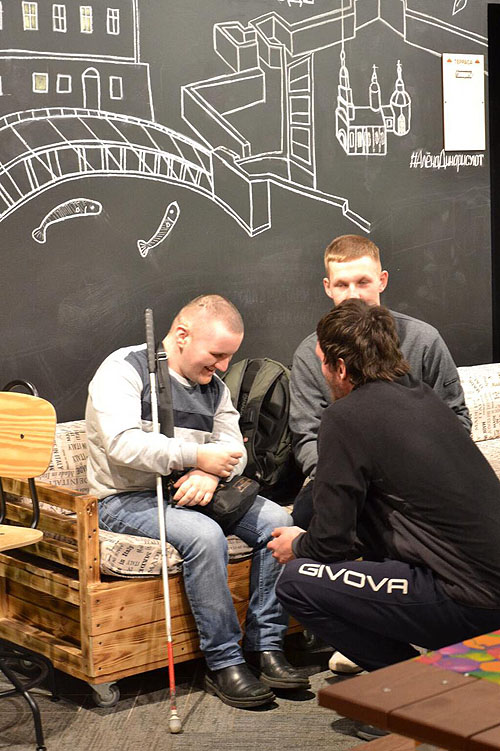 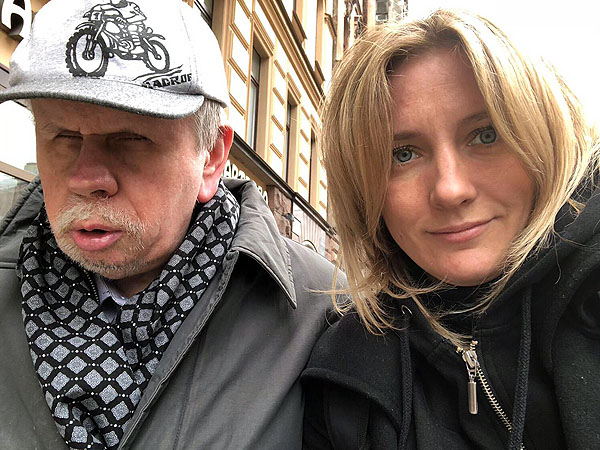 A voluntary helper assisting a deafblind man on a long-distance journey.