During the time of eastern Germany's communist government, I was able to establish a work with extensive services for families with deafblind children that had been neglected.

In 1990 my life's work for deafblind people was established in Radeberg, Germany: We opened a guest house as a pastoral care, training and holiday center, a counseling and information center in 1992, assisted living and a botanical garden for the blind, measuring 22'000 square meters – the only one in Europe – in 2008.
I have met over 2'000 deafblind people.

From the start, the deafblind people themselves were my teachers. Daily, they deal with the most serious handicap a person can have. This was my perspective from the beginning, and I have put it at the center of my entire work. The weakest were the benchmark for everything we accomplished.

I have made Karl-Heinz Baaske's (father of the deafblind in Germany, 1921 - 2002) words my own: "Our highest priority is to create security and safety for every deafblind person."

In 2006 I established the Ruth Zacharias Foundation Community of the Deafblind. Throughout the years, I have bought or was presented with several plots of land for the foundation; I sold my property in Mölschow on Usedom in 2020 and donated the proceeds to the foundation.

I have received ten awards, each one with a new commitment. On August 12, 2015, Deafblind International awarded me with the Life-Time-Award, which for me, as a blind pastor for deafblind people worldwide, is extraordinary.

The Ruth Zacharias Foundation is seeking friends to partner with for the cause of deafblind people: My own capital is restricted to a monthly salary.

Currently, the foundation has two pieces of property on Pillnitzer Road in Radeberg that should remain little "grassy meadows"!

Therefore: Who can donate property, money or help in another way?

Doing good after death is possible through our foundation for deafblind people across the world! In many places of the world the consequences of deafblindness are much more severe than in our western countries. Who will join us? If I had more to give, I would do so immediately because I know how happy it made me and because the blessing of giving lasts for decades.

One of our first international contacts is in St. Petersburg, Russia. 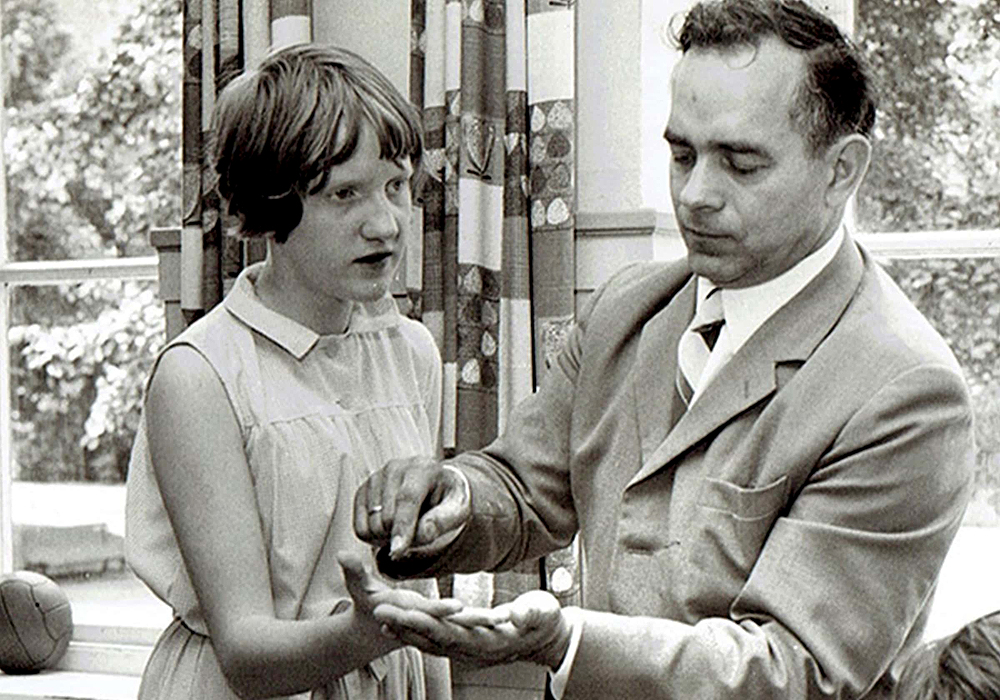 Karl-Heinz Baasks (father of the deafblind in Germany, 1921 - 2002): "Our highest priority is to create security and safety for every deafblind person."

This article is already 2355 Once seen.

Doing good after death – for deafblind people across the world – is possible through our foundation!